What Are the Alternatives to Counter-Strike: Global Offensive?
Home
Blog

With the release of Counter-Strike: Global Offensive in 2012, all the video game players around the world were hooked to it. And now when we see its gameplay on YouTube or some other platforms, we are hit with major nostalgia. Counter-Strike: Global Offensive was the fourth game in the Counter-Strike series with a first-person perspective and terrific graphics. Nowadays, many Twitch players are seen to be playing several shooting games similar to this one to attract more viewers to their channel and get Twitch followers rapidly.

However, if you also want to relish those good old days, and you are looking for games like Counter-Strike: Global Offensive, this article won’t disappoint you. Keep reading!

PlayerUnknown’s Battlegrounds, also called PUBG, is an online game created by a South Korean video game company that can be played from a third-person perspective as well as a first-person perspective. It basically combines and makes a team of all the online players available, and whoever makes it alive till the end is the winner.

It requires the players to collect weapons, armor, and medical supplies as soon as they land, so they are able to defend themselves and attack others. There are a wide variety of modes to play from such as team deathmatch, arena training, and team gun game.

This game is created by the developers of Counter-Strike: Global Offensive so you can be sure that it has similar high-quality visuals. It basically follows a story of an apocalypse where you are supposed to fight the monsters to survive till the end.

This first-person perspective game keeps progressing as you survive different levels and reach the final level where you have to save yourself from the apocalypse. If you’re severely injured, your teammate will help you regain your strength for you to get back in the game.

Battlefield 1 is the fifteenth release of the Battlefield series which was released by Electronic Arts in 2016. This first-perspective game features the World War 1 period with all the views and World War 1 ammunition like flamethrowers and rifles.

You can even control a variety of vehicles in this game such as boats, planes, cars, and trucks. It allows you to select from a variety of gaming modes which include conquest, air assault, team deathmatch, and more.

This series features a story of black ops soldiers that takes place almost 40 years after the story of Black Ops 2, which means that this first-person shooter game takes place in 2065. This game requires a lot of cooperation and teamwork as it consists of four players where you have to progress through levels as a team to unleash new items like gear and weaponry.

This game allows you to choose from nine different players who possess different sets of abilities and weapons. Since this game follows the story in 2065, your character will also be equipped with a variety of special abilities for added fun. 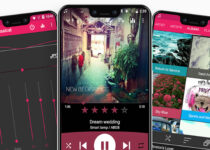