Affirm is a finance company whose main product is a money lending app. It was established in 2012 by Max Levchin, Nathan Gettings, Jeffrey Kaditz, and Alex Rampell. If you didn’t know already, Levchin is one of the elite group of entrepreneurs who founded PayPal. Affirm began as a part of the initial portfolio of HVF, a startup studio. It was only about five years later that the loan app was launched.

Affirm provides retail loans to customers, which they can pay back later in installments. It is affiliated with big companies like Walmart and Shopify. It went public in 2021, after which it raised around $1.2 billion. Its business model doesn’t charge any late fees or compounding interest to its customers, thus making it one of the most preferred purchase loan apps in the market. Its current revenue stands at $510 million.

Who is Affirm’s Biggest Competitor?

The biggest competitor of Affirm is Klarna. The company is based in Stockholm, Sweden, but provides its services in the US as well. When it comes to working solely in the consumer retail money-lending niche, Klarna rules the roost with its more than $1 billion revenue. It was founded in 2005 by Sebastian Siemiatkowski, Niklas Adalberth, and Victor Jacobsson. Only Siemiatkowski is still actively involved with the company as its CEO.

Affirm lends money to consumers for purchasing anything they want at any retailer. Affirm is known to have two revenue streams – customer and retailer. They charge an interest rate to the customers on installments. In the case of the retailer, they charge processing fees. Their interest rates may vary from 0-30% APR, and their processing fee is 5.99% per transaction. They process their payments in the form of a virtual card, which is quite similar to a credit card.

Finance is one of the largest and costliest industries in the world. It includes everything, right from banking and loans to trading and business. Affirm falls into its fintech money-lending niche, which is a very small part. It works on the “buy now, pay later” (BNPL) model. Whenever you want to buy something expensive but cannot afford it at the moment, then you can make the payment through the Affirm app and pay them later in installments.

The biggest “buy now, pay later” app on the market, Klarna has a solid presence not only in the US but also in many other parts of the world. Its official name is Klarna Bank AB. It is a privately held company, which is saying something since it has the second-highest revenue of the lot. Most of its 4000 employees operate from its headquarters in Sweden.

If you are into financial technology, then you would definitely know about Klarna. It provides loans to customers for making retail payments both online and on-site. Unlike most other money-lending apps, you can also make post-purchase payments via Klarna. While the company is managed mostly from its Stockholm base, it has 14 other locations too.

Afterpay is the Australian version of fintech money-lending. Two neighbors, Nicholas Molnar and Anthony Eisen founded Afterpay in 2014. The company went public on the Australian market just about two years later. It is based in Melbourne, Australia, but since it was very recently acquired by Block, Inc., an American financial company, it is likely that its headquarters will be changed soon.

The Afterpay app is available throughout Australia, the US, New Zealand, Canada, and the UK. It has collaborated with major retailers like Anthropologie and Urban Outfitters. However, the company isn’t going to stop with retail loans. It is planning to expand its services to subscription payments, like those for gym and entertainment. It currently generates revenue of $680 million.

Needless to say, PayPal is the biggest company on the list in terms of revenue. But that is only because it also provides a wide range of other financial services. The company’s app and website have a pay later option for consumers. PayPal was founded in 1998, and its services have penetrated almost the entire globe since. Its headquarters lie in San Jose, CA.

As you might know, PayPal’s primary offering is its online money transfer platform. However, its credit services have gained traction as well. While making a retail purchase online, you simply need to click the ‘Pay Later’ button during checkout. PayPal will process the payment immediately. You can then pay the amount back in four easy installments. The company generates high revenue of around $25.3 billion.

Sezzle is an alternative payment app that enables users to conduct retail transactions without paying out of their pockets. Founded in 2016 by Charlie Youakim, the company initially ran on the next-business-day ACH payments model. It switched to BNPL immediately after. It is based in Minneapolis, MN, and its services are spread throughout the US and Canada.

Sezzle is one of the fastest-growing start-ups in the financial technology industry. That is mostly because it provides interest-free loans to customers. It generates its $59 million revenue via merchant commissions and late payment fees. Thus, you don’t need to shell out even a single extra dime the next time that you make a purchase through Sezzle! No wonder, the company already has over 7.8 million users and 40,000 merchants.

Zip Co Limited, simply called Zip, is a fintech company that was founded in 2013. It started off as an online credit provider before expanding into the retail purchase money lending sector. It has its headquarters in Sydney, Australia. The company recently acquired QuadPay, an American BNPL firm, to establish its presence in the US. Today, Zip owns several other financial platforms, including PocketBook, Twisto, and Spotii.

Zip’s founders, Larry Diamond and Peter Gray have made several successful acquisitions over the years to expand the company’s reach in the finance industry. Apart from being popular in Australia, Zip also has a strong presence in the US, New Zealand, and the UK.

QuadPay, its US-based subsidiary, allows it to directly compete with the likes of Affirm and Afterpay. The company has nearly 10 million users and over 80,000 merchants, along with a steadily growing revenue of $122 million.

Top 5 Affirm Competitors: Klarna, Afterpay, PayPal, Sezzle, Zip. They generate a cumulative revenue of around $27.7 billion every year. They have hired a total of 33,858 employees so far. In terms of industry-specific revenue, Affirm ranks third on the list. 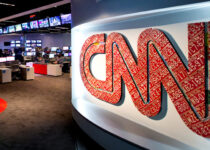