Hootsuite is an internationally acclaimed social media management tool that supports five major social networks – Facebook, Instagram, Twitter, YouTube, and LinkedIn. It was created with the express purpose of enabling a user to manage and organize their numerous social channels, pages, posts, videos, etc. on the said interactive platforms. However, it rapidly grew into the most preferred tool for many expert social media managers around the globe.

The idea for Hootsuite was developed by Ryan Holmes, the then-owner of a social media management company, Invoke Media. Sometime in 2008, he collaborated with Dario Meli and David Tedman to create Hootsuite for Twitter. Today, the tool is available for use worldwide, in multiple languages, and for various social media platforms. The company revenue is upwards of $400 million.

However, in 2020, Hootsuite’s deal with the US Immigration and Customs Enforcement (ICE) sparked outrage among many of its customers. The company’s eventual termination of whistleblowers who made that contract public news wasn’t tolerated either. That led to the loss of many of Hootsuite’s long-standing subscribers. If you are one of those, then take a look at the company’s top three competitors.

Who is Hootsuite Biggest Competitor?

The biggest competitor of Hootsuite is Sprout Social. The company was founded in 2010, and its first product launch was about a year later. Since then, after several acquisitions of its local and statewide competitors, Sprout Social has become one of the leading social media management firms in the US. To be more precise, the company has been rapidly growing for the past eight years, with more than $100 million in funding and an exponential rise in its employees.

Hootsuite has a subscription-based policy. Three main plans form the crux of the company’s gargantuan profits. The first is the free plan, which includes the management of only three social media accounts and is perfect for personal use. This subscription has managed to attract many personal users to their paid plans.

The best upgrade for free users is the Pro membership, which requires you to shell out around $10 every month. It comes with a whole host of features that would improve your social media management experience ten-fold. It is ideal for people who are massively active on various social media platforms, and for businesses that are looking to make a mark in the world of social media management. The third plan (Enterprise) is generally used by huge organizations and multinational conglomerates.

The definition of this industry lies in the name itself. The social media management sector includes any company that is involved in the process of managing the social profiles of its customers. Usually, such profiles are business-based, meaning that you need to analyze the number of views/likes, raise the quality of your digital campaigns, reach out to potential subscribers/customers via unique content, and so much more. Hootsuite helps you do all those things, and then some!

It is similar to social media management in the sense that you can connect to a network of like-minded individuals who would prefer to use your business services. Hootsuite’s dynamic dashboard enables you to do just that.

Sprout Social is a management and analytics tool that aids you in organizing your social media tasks, regardless of the number of clients you may have. Quite like Hootsuite, it depends on real profiles instead of fake ones to generate their business. Sprout Social’s most recent update, Design Refresh, has made several improvements to its overall services, including streamlined workflows, accessibility enhancement, and framework upgrades.

Sprout Social is among the most rapidly growing companies in the trade. In about a decade, they have managed to become one of the top social media management firms in the country. Their revenue of $131 million speaks of itself.

Agorapulse claims that it ranks above Hootsuite and Sprout Social in terms of customer reviews. However, its revenue of around $20 million says otherwise. That said, Agorapulse is indeed one of the premier social media management firms in the world, for their subscription prices are relatively affordable in accordance with the quality of services that they provide.

Agorapulse has made immense contributions to the social media management industry since it was founded in 2000 by Benoit Hediard and Emeric Ernoult. Apart from social media, it also deals in various SaaS and software services.

Buffer’s main service is to dispense data regarding the social media manager’s accounts, analyze their daily updates, and schedule their posts on numerous portals like Twitter, Facebook, Pinterest, Instagram, etc. It is an exclusive application for Android, iOS, and desktop interfaces, and is only available in the English language. The company, Buffer Inc., was founded in 2010 by Joel Gascoigne in Birmingham, UK.

Buffer is primarily known for its numerous free features like scheduling posts, analyzing activity, and assessing user interaction with your social updates. However, the free version has a limit. A paid version extends the boundaries of the free one, and the business subscription has it all. The company revenue is around $16 million.

The Top 3 Hootsuite Competitors: Sprout Social, Agorapulse, Buffer. Including Hootsuite, they generate a combined revenue of around $572 million for the social media management industry, with a total employee count of approximately 2420 people. There’s a neck and neck competition between Hootsuite, Sprout Social, and Agorapulse for the top spot, but revenue-wise, the position is currently held by Hootsuite. 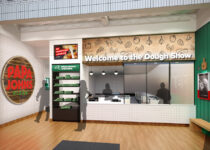